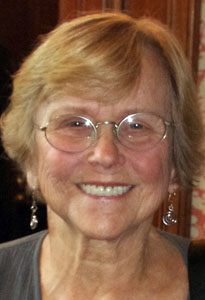 A large ensemble open to all without audition, Chorus North Shore brings together singers of all ability levels and ages to learn and perform great choral works at a high artistic level. Under Ms. Pryor’s leadership, the chorus regularly performs the challenging works of Mozart, Verdi, Mendelssohn, Handel, Stravinsky, Bernstein, and others for large and appreciative North Shore audiences. In 2005, the group created the Chorus North Shore Honors Youth Choir, a fully auditioned choir for youth age ten through high school which performs both on its own and as a featured performer with Chorus North Shore.

Music has been “Sunny” Pryor’s lifelong calling. At age 15 she was already conducting the Junior Choir at her local church in Detroit, Michigan while also singing in three different choruses. She later earned a Bachelor of Arts degree with a major in voice from Gordon College in Wenham, Massachusetts and a Master of Sciences degree in Music Education from the University of New Hampshire. Ms. Pryor has studied under Robert Shaw, Frank Battisti, Robert Page, and Margaret Hillis of the Chicago Symphony Chorus. She has attended the Aspen Music Festival and the Adirondack Festival of Music and has conducted workshops in Massachusetts, Maine, Connecticut, New Hampshire, New York, and Michigan.

Ms. Pryor has been associated with music education for over 30 years. She has taught music to students from kindergarten through college. She served as Director of Music of the Hamilton-Wenham school district in Massachusetts and has taught at the University of New Hampshire, Gordon College, and Northern Essex Community College. She is often a guest lecturer at colleges and universities, and has lectured at the New England Conservatory for the National Association of Teachers of Singing. Ms. Pryor has been a church choir director in Michigan and Massachusetts, including Director of Choral Music at the Park Street Church in Boston. She is an active member of Chorus America and The American Choral Directors Association, and also serves on the Board of the Cuvilly Arts & Education Center in Ipswich, Massachusetts.

For her valuable contributions to music and music education, Ms. Pryor has been recognized by the Commonwealth of Massachusetts as an Outstanding Massachusetts Arts Educator. In 1999, she received the Walker Hancock Award for Lifetime Achievement in the Humanities.