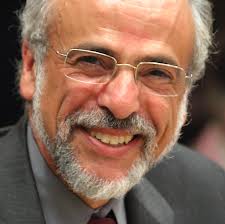 Dr. Joshua Jacobson, 2016 recipient of the Alfred Nash Patterson Lifetime Achievement Award, is the Professor of Music and Director of Choral Activities at Northeastern University, where he served nine years as Music Department Chairman and six years as the Bernard Stotsky Professor of Jewish Cultural Studies. He is the founder and director of the Zamir Chorale of Boston, a world-renowned ensemble, specializing in Hebrew music. He is also Visiting Professor and Senior Consultant in the School of Jewish Music at Hebrew College.

Prof. Jacobson is past President of the Massachusetts chapter of the American Choral Directors Association. He has conducted workshops on choral music for various groups, including the American Choral Directors Association, and has guest conducted a number of ensembles, including the Boston Pops Orchestra, the Bulgarian National Symphony and Chorus, the New England Conservatory Orchestra and the Boston Lyric Opera Company. He has also written articles on various aspects of choral music, and over one hundred published compositions and arrangements.

He is the conductor and host of the PBS film, Zamir: Jewish Voices Return to Poland. His book, Chanting the Hebrew Bible: The Art of Cantillation, published by the Jewish Publication Society in 2002, was a finalist for the National Jewish Book Award. He is co-author of Translations and Annotations of Choral Repertoire—Volume IV: Hebrew Texts, published by earthsongs in 2009.

In 1989 he spent four weeks in Yugoslavia as a Distinguished Professor under the auspices of the Fulbright program. In 1994 Hebrew College awarded him the Benjamin Shevach Award for Distinguished Achievement in Jewish Educational Leadership, and in 2004 the Cantors Assembly presented him with its prestigious “Kavod Award."

Richard Dyer wrote in the Boston Globe (June 11, 2002) “Jacobson has a gift for programming that is instructive and entertaining, and more often than not, the Zamir Chorale performs works that music lovers would be unlikely to hear anyplace else.”

Prof. Jacobson holds a Bachelors degree in Music from Harvard College, a Masters in Choral Conducting from the New England Conservatory, a Doctor of Musical Arts from the University of Cincinnati, and a Doctor of Humane Letters honoris causa from Hebrew College.